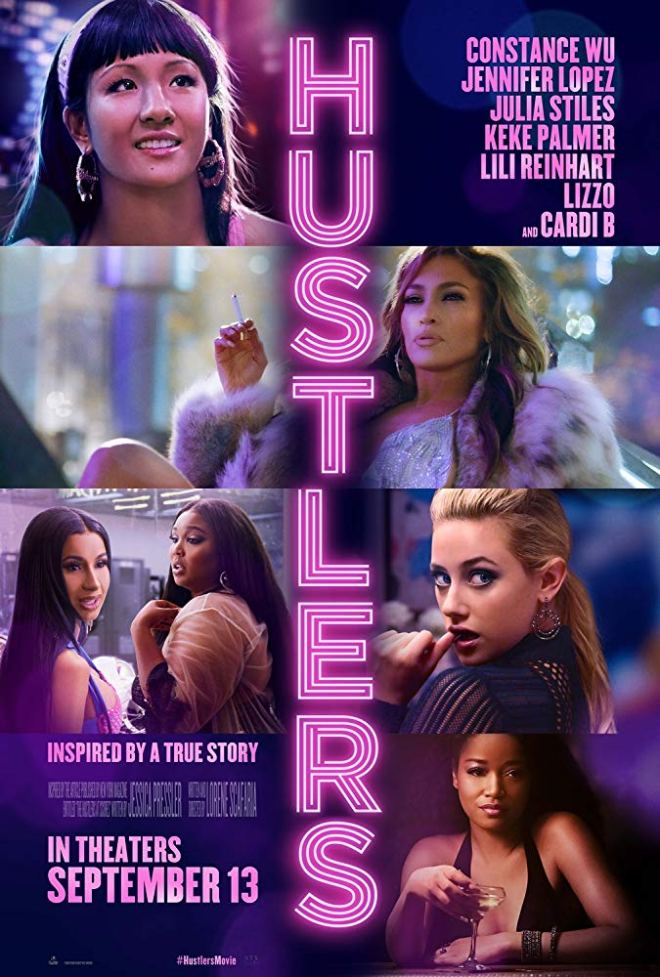 Inspired by a New York Magazine Article, penned by Jessica Pressler (Julia Stiles), we meet Exotic Dancer Destiny (Constance Wu), trying to make a living in the world of Exotic Dance, not only so she can survive, but to aid her ailing grandmother (Wai Ching Ho) too.  When she finally meets “the Queen” of the Strip club they are both working at, the incredibly gorgeous, and smart Ramona (Jennifer Lopez), Ramona takes Destiny under her wing, and teaches her the ropes of their profession, and how to really make money from the tons of investment bankers, investment brokers, and Wallstreet tycoons that frequent their establishment, each and every week.  When the great fall of 2008 effects everyone’s bank account, including the gentleman that apparently can no longer afford their weekly stripper fix, Ramona, Destiny, Mercedes (Keke Palmer), and new girl on the block Annabelle (Lili Reinhart) decide to take matters into their own hands, coercing these gentleman once again, with their good looks, and dancing techniques, oh, and maybe a little drugging along the way too, before they manage to clean out their bank accounts, in order to continue to live the highlife, they have all grown accustomed to…

I give HUSTLERS a rating of WAIT AND CATCH THIS FILM ON DVD OR NETFLIX:  Even though it seems that there are many other critics singing this films accolades, even determining that Jennifer Lopez’s acting is worthy of some accolades come awards time, I personally think that this film was rather run of the mill, and middle of the road.  I mean, don’t get me wrong, Lopez is perfectly cast in this role, and she is really good in it ~ If I only had her perfectly sculpted body and poll dancing moves at 50, which in itself is truly amazing stuff to view ~ but beyond those facts, I wasn’t so blown away by her performance, that I felt it was Golden Globe or Oscar worthy. I actually thought that Constance Wu’s performance was the best throughout this film, as she channels an entirely different character, than the squeaky clean persona she portrays in last years “Crazy Rich Asians”, and with much more depth and realism that I think I have ever seen from her before.  The most amazing thing about this film, for me actually, was that it is based on real-life events, where these Hustlers made sure that the men that wanted to view “their merchandise”, ended up in a situation that they were all ill-equipped to handle, paying exorbitant amounts of cash-o-la, for not a lot of pleasure, when it was all said and done.  But, if you are thinking that you want to have a super-fun girls night this weekend and catch a slightly better than average chick-flick, then by all means, gather your girlfriends and head out to a theater near you this weekend and catch Wu and Lopez in action, but if you are hoping to see an incredible movie, with Oscar worthy performances, take my word for it, you are going to be rather disappointed, so that is why I am suggesting that you still view this film…you just wait to do it, when you can view it, in the comfort of your own home.