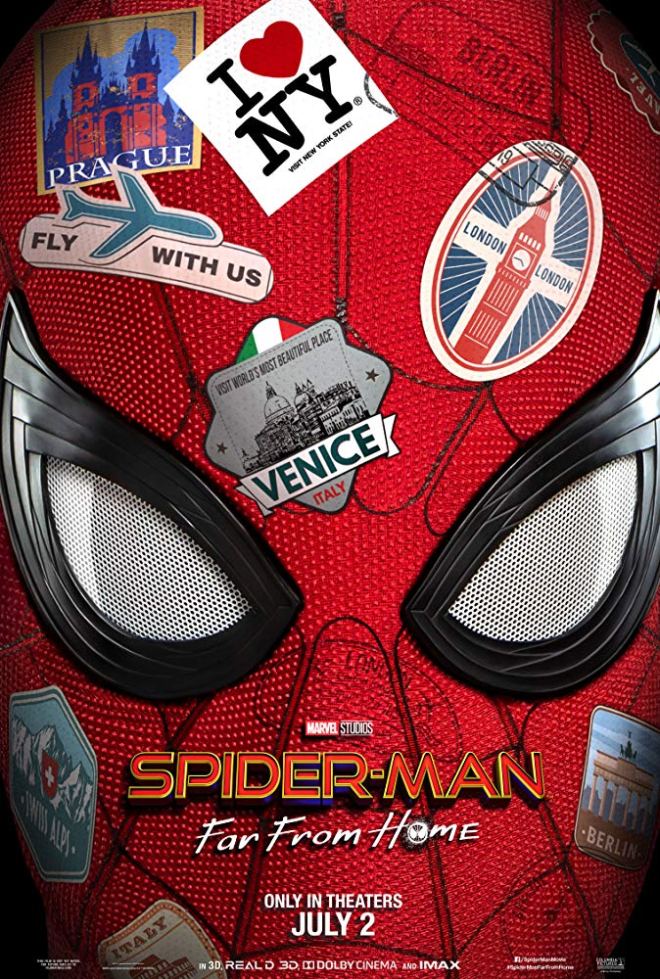 “SPIDERMAN: FAR FROM HOME is definitely a MUST SEE ON THE BIG SCREEN…but not a second before you make a point to see AVENGERS: ENDGAME, as you have to see these two films in sequence, and no other way!

Kathy Kaiser, Matineechat.com /She Said He Said Show on AM 590 THE FAN – KFNS

What a wicked web we weave as we are all still reeling from the fallout from Avengers: Endgame ~ including Spiderman himself, Peter Parker (Tom Holland).  As he tries to put his web slinging on the back burner for a while, it seems that Peter is ready to refocus his attention back to real-life, and his continued crush on the girl of his dreams, MJ (Zendaya).

While Peter and his bff Ned (Jacob Batalon) try to figure out a way to let MJ know of Peter’s feelings ~  it seems that their class trip to Europe, a chance encounter with new Superhero Mysterio, aka Quintin Beck (Jake Gyllenhaal), and the reappearance of Nick Fury (Samuel L. Jackson) are all about to impose upon his time too ~ and it appears it may be quite some time till Peter can focus on his love life ~ and not being our favorite web-spinning Superhero…

I give SPIDERMAN: FAR FROM HOME a rating of MUST SEE ON THE BIG SCREEN:  With this film arriving only months after the Marvel-altering events that took place in Avengers: Endgame, I must say, I wasn’t too excited to move on so quickly, as I was still reeling from that conclusion.  But, much to my surprise, Director Jon Watts manages to not only entertain you every step of the way, but to bring another gem to the Marvel Universe with his latest addition to the Spidey Universe.  To my astonishment from the beginning, SPIDERMAN:  FAR FROM HOME turned out to be exceptionally entertaining, as Holland managed to cement himself in my mind as “the best Spiderman yet” – sorry Andrew ;(  I’m not sure if it’s his younger persona, or the particular puppy dog storyline this time around, or if it’s just the fact that my favorite Avenger EVER ~ Iron Man ~loved this kid so much…whatever it is, it really doesn’t matter, just know that Hollands performance is absolutely superb every step of the way.  Watts also manages to garner incredible performances too from Gyllenhaal, Favreau, Jackson, Zendaya …heck, even Marisa Tomei’s short, but sweet interjections into this film add to Spiderman: Far From Home’s ultimate appeal.  This film is strewn with the perfect combination of intrigue, love story, and Super-heroness, plus tons of humor at every turn as well, thus making it the MUST-SEE FILM of the week!