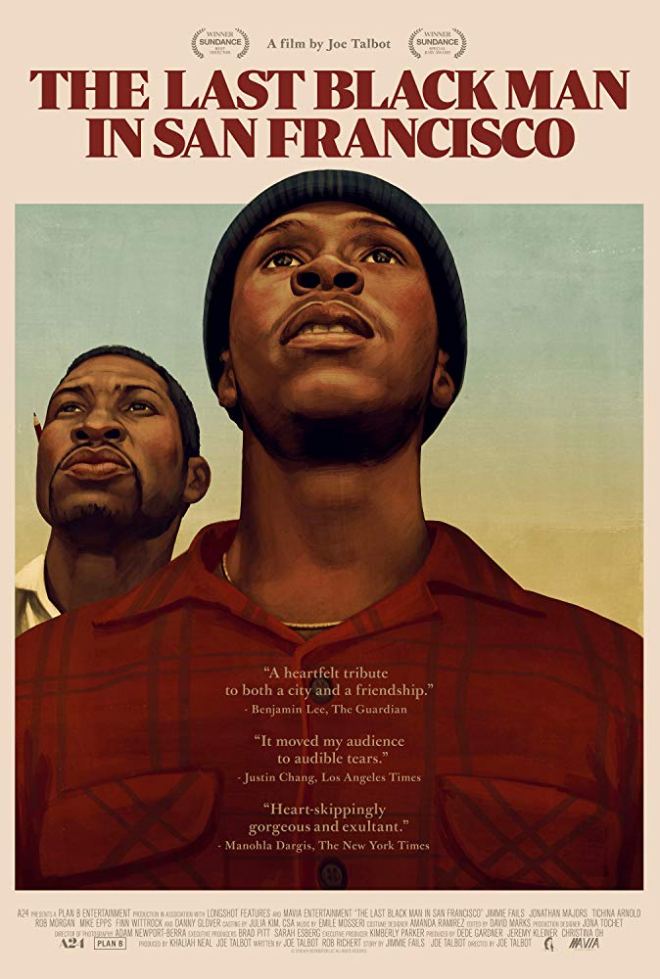 These thoughts are brought to you by Kathy Kaiser

When a young man dreams of securing the home built by his late grandfather in San Francisco, a life-long dream finally comes to fruition, if only for a short time, leaving him to question his entire existence…

I give THE LAST BLACK MAN IN SAN FRANCISCO a rating of WAIT AND CATCH THIS FILM ON DVD or NETFLIX:  With the back drop of San Francisco as it’s canvas, THE LAST BLACK MAN IN SAN FRANCISCO brings to life one man’s journey, within a place he longs to once again call HOME.  Filled with  superb acting from all three main characters, including Fails, Majors and even the small, but pivotal role played by Glover, to the very multi-dimensional and moving storyline, The Last Black Man in San Francisco manages to touch your heart, as it attempts to feed your soul, sharing the pain and anguish that comes from the changes that evolve within the Cities we live.  So, with all these accolades, why am I not rating this film a MUST SEE? Even though I personally loved the effortless vision and creativity displayed on screen with this film, I also felt that there were many parts within that dragged on, and on and on, taking away from the essence that Talbot trying to create.  I also wish that with the beautiful imagery throughout, that the storyline would have conveyed a more real substantial conclusion, in the midst of the secrecy and undercurrents throughout.  If you love arthouse films, then you might want to catch this film at a theater near you, but, I must suggest that you wait and catch The Last Black Man in San Francisco either when it hits on DVD, or on NETFLIX, as I’m afraid you won’t be feeling this storyline, or its message as much, if you’re dolling out a bunch of cash to see it…