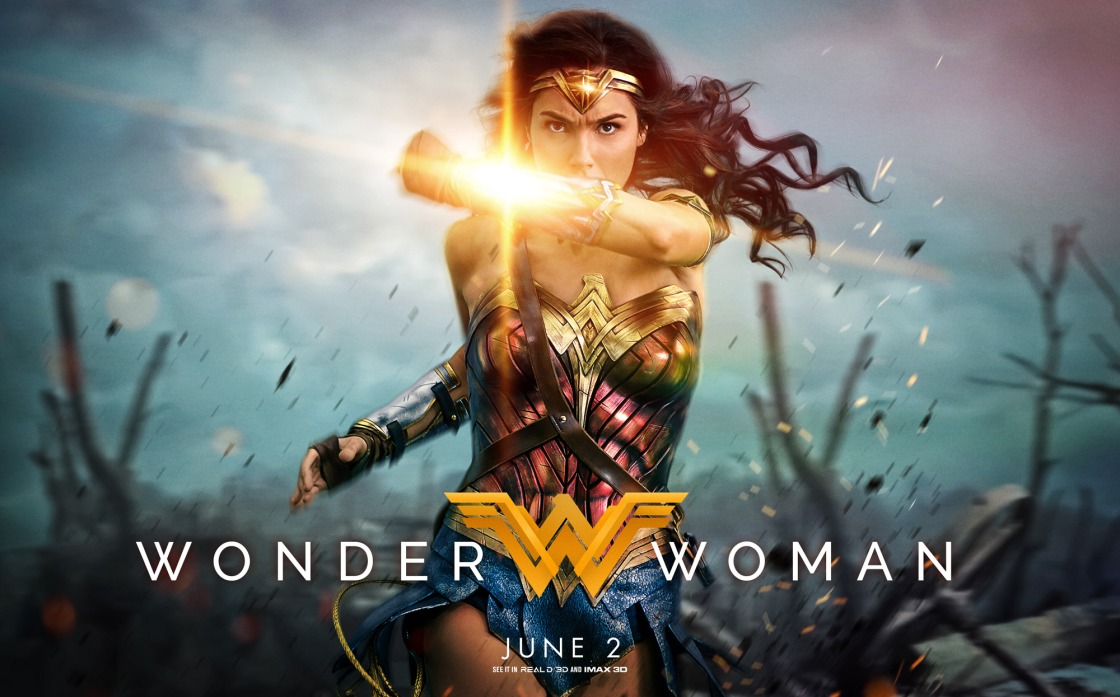 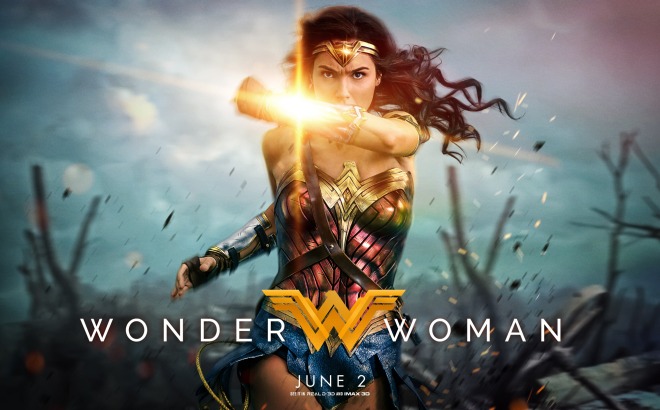 As we venture into the land of the Amazonian, we find young Diana (Lilly Aspell) longing to be a warrior like her Aunt Antiope (Robin Wright).

When her mother finally caves to Diana (Gal Gadot) allowing her to learn the defensive tactics of her fellow woman warriors, it seems that Diana has the natural skill and DNA to become the greatest warrior of all time…

As fate would have it, a man crash lands on their island…thus bringing the handsome Airman/Spy Steve Trevor into their midst, and sparking a feeling in the young Amazonian Princess that she hasn’t felt before…

Wanting nothing more than to save the outside world from the annihilation of World War I, Diana takes on the role of Diana Prince/WONDER WOMAN, as she accepts her true identity ~ as the most powerful woman on earth ~ staring down all of the obstacles before her, including taking on her arch nemesis Ares!

I give WONDER WOMAN a rating between MUST SEE ON THE BIG SCREEN and WAIT AND CATCH THIS FILM ON DVD! ~Talk about the perfect casting ~ Israeli actress Gal Gadot is breathtakingly PERFECT as the Amazonian Princess WONDER WOMAN, destined to save our world. The casting of Chris Pine as the handsome and adventurous WWI pilot and spy Steve Trevor was absolute perfection too, as even when those action sequences seemed a bit too drawn out for my taste, those baby blues of his kept me paying attention the whole way through. I also enjoyed the rest of the cast, including Robin Wright as Amazonian Warrior Antiope (She proves without a doubt that 50 is the new 40!) and David Thewlis as Sir Patrick and as another character within the film ~ which will remain nameless ~ is also picture perfect in his dual character roles. So, with all these accolades on this perfect cast, why not rate this film a MUST SEE? I felt that parts of this film missed the mark on the intensity I was hoping for, and even though I loved the love story component throughout, I felt that this part of the film needed much more intensity too. And like I stated previously within this review, some of the action sequences just seemed to go on, and on, and on…thus taking away some of the enjoyment I had been experiencing just a few frames before. All in all, if you love DC comics and have been waiting in anticipation to see if Gadot can out perform our beloved television version of Miss Diana Prince portrayed by Linda Carter – which she does – then by all means head out to the theater this weekend to see WONDER WOMAN on a BIG SCREEN near you. But, if your expectations are as high as mine were going in, then I don’t want you to be disappointed too, so just wait and catch this ultimate woman warrior film when it hits on DVD, and experience it on your big screen at home ;).