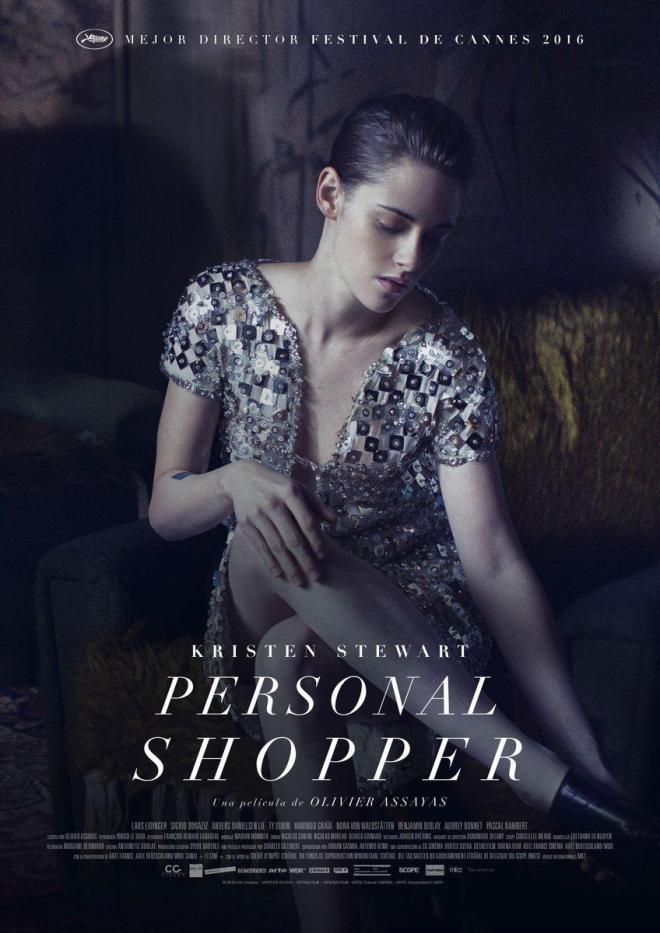 French Writer and Director Olivier Assayas brings to life his ghost story, centered on a medium, her twin, and the high-end fashion of Paris…this is PERSONAL SHOPPER!

Still grieving from the loss of her brother, we meet personal shopper/medium Maureen Cartwright (Kristen Stewart), making another excursion around Paris to shop for her high profile model client, amidst visiting her brothers home, hoping to connect with him there.

Hating her life as a personal shopper, and struggling with the fact that her brother isn’t surfacing to speak with her from the afterlife, Maureen is contacted by a mysterious person via text, raising her suspicions on who, and if this person is really alive, or someone reaching out from the dead…

As Maureen’s life continues to reel out of control, and her afterlife interactions seem to intensify, although not with her brother Lewis, Maureen must find a way to change her life…and reach her brother…before its too late…

I give PERSONAL SHOPPER a rating of DON’T WASTE YOUR TIME OR MONEY on this film!!! – Although I was looking forward to viewing this film, as the subject matter seemed very intriguing, the dysfunction of the multiple storylines that never really to a concrete conclusion, were beginning to weigh on me. Stewart does manage to show a little more emotion than usual within a few scenes of this film, as Assayas has apparently figured out how to direct Stewart to achieve some minimal emotional attachment with the audience (He directed her in CLOUDS OF SILS MARIA as well), but that’s about the only positive that I can say about this film. PERSONAL SHOPPER is as slow and disjointed as I’ve seen a film in quite some time. So, If you were thinking about catching this film this weekend at an Art house theater near you, well think again, as I considered the viewing of this film to translate to “2 hours of my life totally wasted…and that which, I will never get back!”