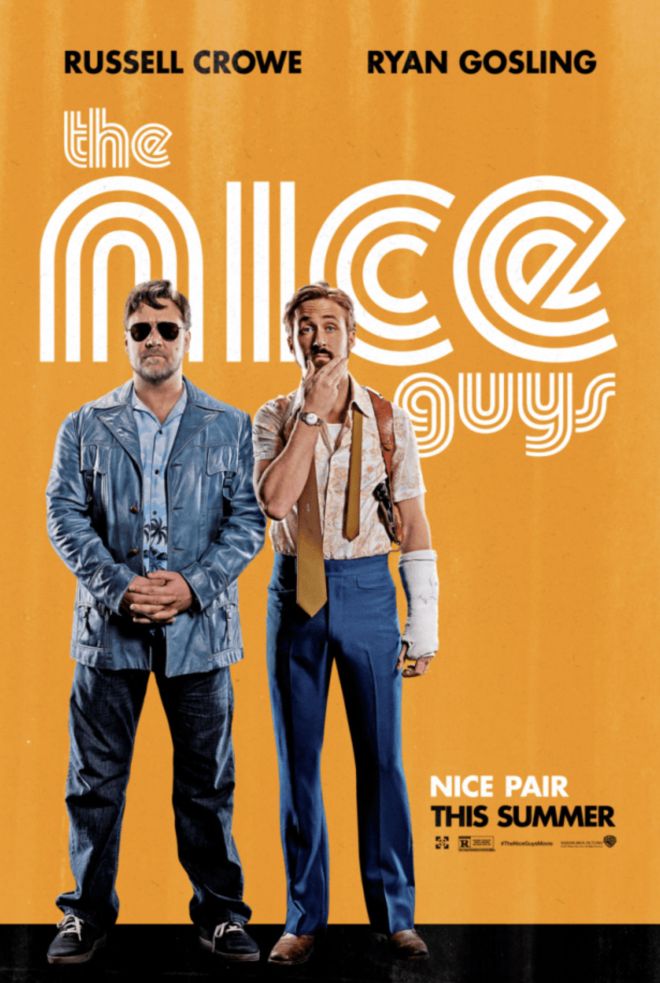 While in the midst of his investigation, March finds himself on the wrong end of a fist, which happens to be attached to another PI in town, the ruthless and hotheaded Jackson Healy (Russell Crowe).

I give THE NICE GUYS a rating of MUST SEE ON THE BIG SCREEN ~ This film is AWESOME ~ from it’s nostalgic feel, to the “bromance” that develops between Crowe and Gosling, which I so was not anticipating going in, AT ALL. Plus, the scene stealing performance throughout this film by youngster Angorie Rice, made this film absolutely superb. Add in the addition of the perfectly cast roles played by Keith David (Platoon, There’s Something About Mary, Armageddon) Gil Gerard (Buck Rogers to you and me J) and Kim Bassinger (Batman, LA Confidential and Grudge Match), and you end up with a film that is the perfect mix of drama, comedy and picture-perfect plot twists, that you will be begging for more when its over…forcing me to advise you to make THE NICE GUYS your definite flic pick for MOVIE DATE NIGHT this coming weekend J