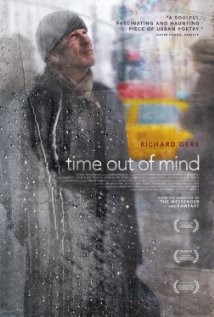 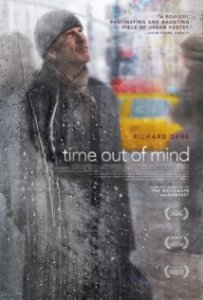 Rams Defensive Ends William Hayes and Chris Long are teaming up once again to bring awareness to the issue of homelessness. The duo will host a private screening of the film Time Out of Mind starring Richard Gere, to raise funds directed at providing housing for individuals and families who are homeless. The screening will take place at the Tivoli Landmark Theatre on Thursday, October 8 at 6 p.m.

The unique event will include a pre-screening meet and greet with Hayes and Long beginning at 6:15 p.m. where attendees will have the opportunity to take photos and interact with the two defensive linemen.  The screening of the film will begin at 7 p.m. and will be immediately followed by an interactive panel discussion of the film.

Time Out of Mind was directed by socially conscience director Oren Moverman and is designed to serve as a conversation starter about homelessness. The panel discussion will allow audience members to hear from Hayes and Long about their personal experience of living on the street and their insight on the film. Joined by Judson Bliss of the St. Patrick Center, the panel will also discuss rapid rehousing as a solution to homelessness, which Hayes and Long have chosen to support through this event.

“Homelessness is a cause that is very important to me and has only grown more so after my year of service as I saw firsthand the many faces, causes and effects of homelessness,” says Hayes. “Time Out of Mind allows us to continue the conversation we began in March while raising funds for housing that will serve as a key factor to ending homelessness in St. Louis.”

The money raised at the screening event will benefit both players’ foundations, Big Play Hayes Foundation and The Chris Long Foundation, as well as the rapid rehousing of St. Louis individuals and families who are homeless.

Tickets are $20 and include a small popcorn and small soda. Tickets can be purchased at https://hayeslongscreening.eventbrite.com. The film is rated R.

Hayes dedicated eight months of community involvement to the issue of homelessness from 2014 through 2015 that culminated with him living on the streets of St Louis for 24 hours in March 2015 to raise awareness. His teammate and close friend Long joined him for the experience. During their time on the street Hayes and Long met two homeless individuals, Marty and Nancy, who they subsequently housed for two months at an extended stay hotel and helped facilitate access to resources. Through this experience, Hayes and Long unknowingly took part in a rapid rehousing model of ensuring people are housed first as a solution to homelessness. Once housed, wrap around services can be provided to individuals to help stabilize them and move them out of homelessness permanently. As a result of their experience on the street and interactions with Marty and Nancy both Hayes and Long share a passion for ensuring housing for the homeless through a housing first and rapid rehousing model.

Rapid Rehousing has become an increasingly popular model to end homelessness in communities. It is designed to help exit individuals and families from homelessness by providing housing to those who need temporary assistance in order to obtain and retain housing while working to move the individual or family to permanent housing as quickly as possible. The model is more than just providing housing for people; incorporation of services and support for those in the program are paramount to the success of the model’s ability to move people from homelessness into permanent homes.

About Time Out of Mind:

Richard Gere stars as George, a homeless man on the streets of New York. The film focuses on Georges’ daily struggles as he seeks shelter, food, and alcohol and his efforts to access services through the state of New York.  George befriends another local homeless man who claims to have been a successful jazz musician and attempts to reunite with his estranged daughter. The film is directed by Oren Moverman and was first screened at the 2014 Toronto International Film Festival.

Big Play Hayes Foundation: Leading with Heart is dedicated to restoring hope to youth in difficult situations and adults who are experiencing homelessness. By providing resources, support and compassion to these individuals the Foundation lives out its mission to change the world by positively impacting one life at a time.

About The Chris Long Foundation:

The Chris Long Foundation is committed to giving back to the community through focused efforts around clean water, military appreciation, homelessness and youth in need.