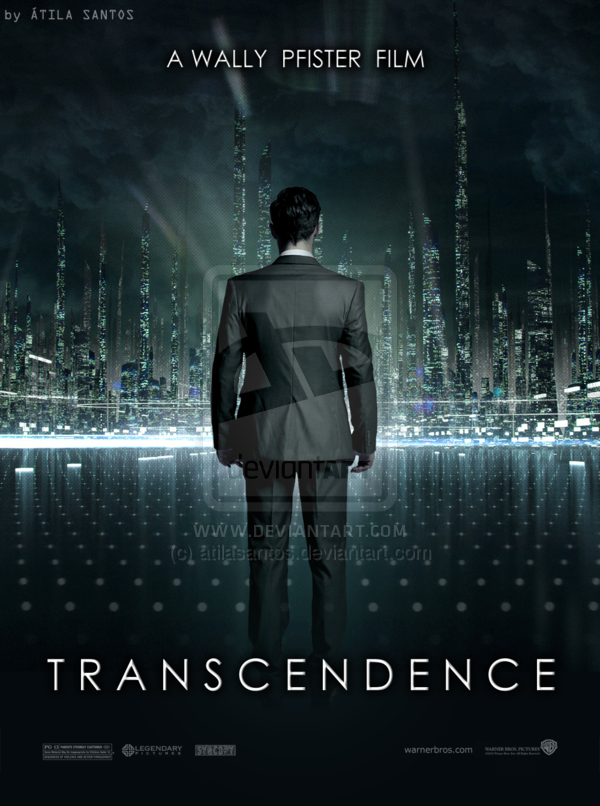 Chicago native, Wally Pfister, who is usually in the Driver’s seat as Director of Photography for little known films such as THE DARK KNIGHT RISES, MONEYBALL and INCEPTION, places himself in the Director’s chair this time around with his latest film, TRANCENDENCE.

As we are plunged into the surreal life of Dr. Will Caster (Johnny Depp), he is working on his latest creation, a massive computer that can assimilate humanistic intellect and response.   Dr. Caster is on the brink of bringing forth his ingenious creation to share with the world, as he and his wife, Dr. Evelyn Caster (Rebecca Hall) are working on securing the funding for this project, in the hopes of bettering humanity as we know it.  Joined by fellow Doctor and friend Max Waters (Paul Bettany), they forge an alliance to do what they can though this creation of humanistic technology to further medical science and to make the world a better place.

Enter a sadistic anti-technology group, headed by Bree (Kate Mara), who is determined to stop this type of technology from being developed, as they know if it is allowed to continue, it will take over the world.  The group goes after Will, and his fellow technologist Joseph Tagger (Morgan Freeman), killing almost all of Joseph’s staff, and aiming to take out Dr.Caster too.

Will the Caster’s be able to bring their dreams to fruition?  Will the radical anti-technology group manage to remove Dr. Caster from this earth?  Or will Dr. Caster – with the assistance of his wife and best friend Max – be able to foil death and keep Will alive indefinitely as a machine?

I give TRANCENDENCE a D – It almost pains me to give a film with Depp and Freeman such a bad rating, as I usually enjoy Johnny and his quirky characters, and Freeman in almost every film he makes, but this film was about as mundane, and drawn out as anything I have seen in years.  The premise makes you stop and wonder if this type of technology is formulated, will it be the death of us all, but once you get past pondering that complete thought, the rest of the movie is just redundant nonsense.   Suffice to say – this film left me leaving the theater wanting nothing more than to get the two hours I just spent watching such rubbish back, a I rushed to get home so I could put in PIRATES OF THE CARRIBEAN at World’s End and THE SHAWSHANK REDEMPTION – so that I could re-familiarize myself with some good acting from Depp and Freeman, to wash away my distaste of this movie ;(