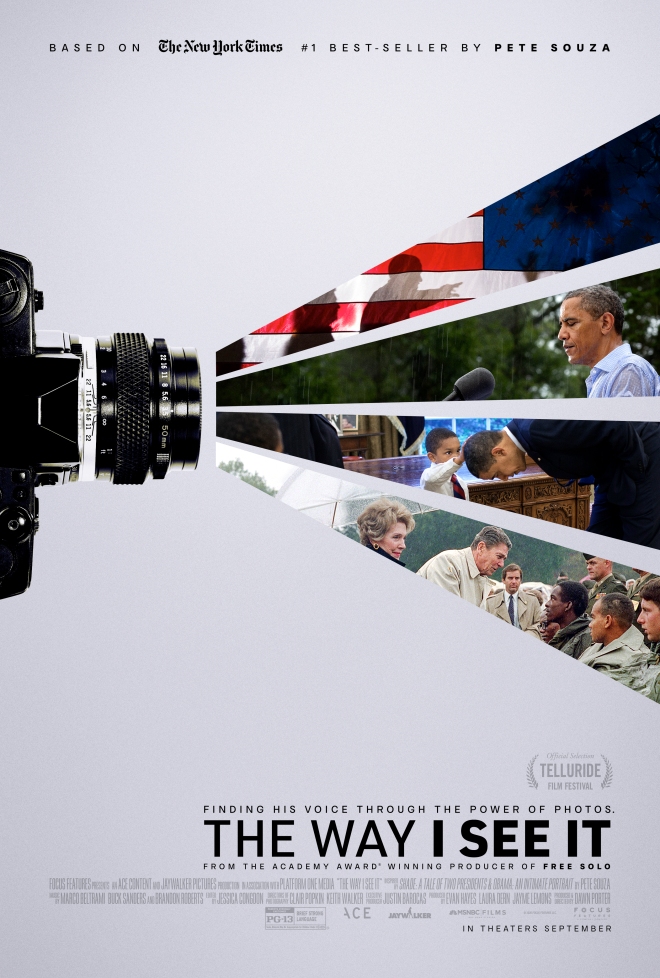 The Way I See It will open in theaters September 2020

Story: Based on the New York Times #1 bestseller comes The Way I See It, an unprecedented look behind the scenes of two of the most iconic Presidents in American History, Barack Obama and Ronald Reagan, as seen through the eyes of renowned photographer Pete Souza. As Official White House Photographer, Souza was an eyewitness to the unique and tremendous responsibilities of being the most powerful person on Earth. The movie reveals how Souza transforms from a respected photojournalist to a searing commentator on the issues we face as a country and a people.

For more info, including news about #VoteTheWayYouSeeIt, a social impact campaign, in partnership with HeadCount, aimed at engaging and encouraging all Americans to register to vote in the November elections,