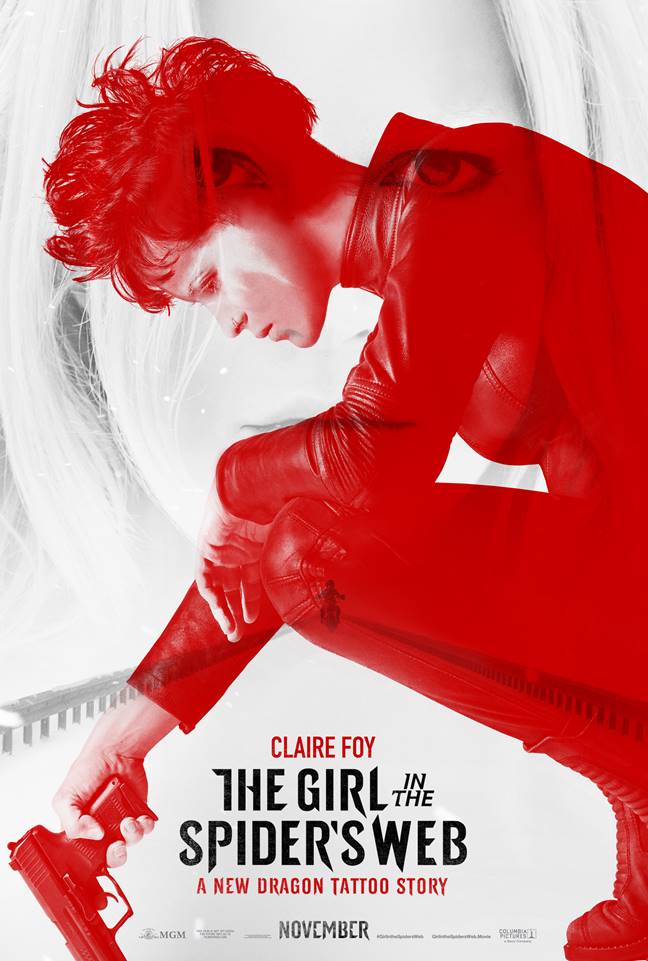 A cyber hacker teams up with a journalist to figure out who is willing to kill for a stolen computer program.

Let’s settle this right away…this is NOT a sequel to David Fincher’s 2011 smash hit, THE GIRL WITH A DRAGON TATTOO.  No, this film is more of a reboot to a franchise that could have been amazing, only if David Fincher would have directed every single sequel.  That all being said, let’s talk about THE GIRL IN THE SPIDER’S WEB. This is not a bad movie, not bad at all and there are a few things that saved it.  First, its director, Fede Alvarez did a great job. His resume has strictly been horror movies. EVIL DEAD and DON’T BREATHE were fantastic! I really enjoyed both of them and can NOT wait for their sequels (both are in the works btw).  Alvarez’s use of color and tone, mixed with his camera angle choices could make even the worst movie seem watchable. A second thing that saved this film was it’s cast. Pretty much the entire cast is still relatively unknown in mainstream Hollywood.  The viewing audience is going to constantly be saying, “where do I know that actor from?”, but at the same time they’ll be able to immerse themselves more into the film because they won’t be able to place them for the most part. Our lead for this new Dragon Tattoo story is played by Claire Foy.  She does a very good job of embracing this character and putting her own take on it. Two other actresses (Noomi Rapace & Rooney Mara) have already played the character of Lisbeth Salander and were spectacular, so Foy had some very big shoes to fill. And although she takes the bronze medal in the race between the three of them, she still does a very good job.  One last thing that saved this movie was how unapologetic it was. Alvarez knew what story he wanted to tell. He knew it was going to be compared to Fincher’s film, he stuck to his guns and fired away. Honestly, this movie is it’s own story and should NOT be compared to THE GIRL WITH THE DRAGON TATTOO because they are not even in the same genre. THE GIRL IN THE SPIDER’S WEB is more of an action movie, than a drama/mystery.  There are sequences throughout it that reminded me of THE BOURNE IDENTITY. Seriously, I was waiting for Matt Damon to just walk passed her in certain scenes…annnd, I would’ve been okay with that too (LOL). All in all, this movie is pretty good. It moved fast and was entertaining. I would suggest if you’re a fan of the books that this movie is based on, then give this movie a chance, but if you’re a fan of David Fincher’s 2011 THE GIRL WITH THE DRAGON TATTOO film, I’m leaving the decision up to you.  Until next time, thanks for reading.