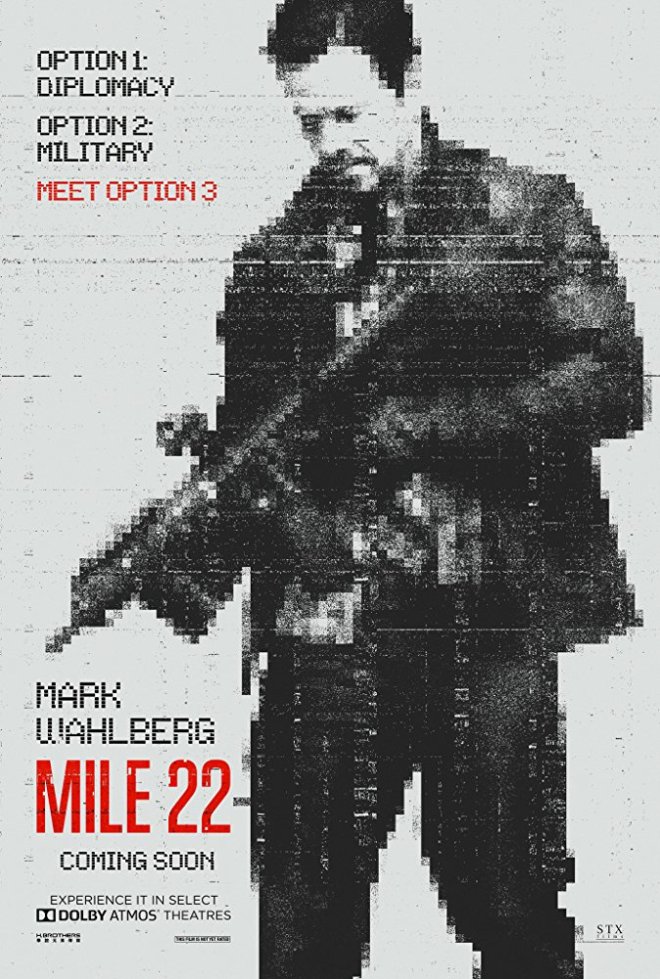 A top secret tactical command unit is assigned the transporting of a prisoner that is in possession of sensitive information.

I did not have any high hopes going into MILE 22, nor was I expecting it to be anything more than what it was, which is a combination of the following movies: 16 BLOCKS, S.W.A.T. and ENEMY OF THE STATE.  I actually didn’t even want to see MILE 22 until I saw that Iko Uwais was going to be co-starring in it. For those of you that don’t know who Iko is, my suggestion is to watch the movie THE RAID…you’ll thank me later.  LOL. This guy is incredible when it comes to “on-screen” martial arts action and the trailer for MILE 22 showed brief shots of him fighting, which is literally the only thing that made me want to get in line for this movie.  My thought was, “Is Hollywood finally going to use a great martial artist in a way that will catapult him into becoming the next Bruce Lee, Jackie Chan or Jet Li?” Or are they going to screw it up again like they did with Donnie Yen and Tony Jaa?  The answer…They screwed it up. They don’t use his skills nearly enough to warrant anything but a solid C+ rating when it comes to his fight scenes. During each one of them, the camera is shaking so bad, that you can’t even tell what is going on during the fight.  The story and dialogue in MILE 22 gave you the feeling that everyone is trying waaaay too hard to make this movie out to be a lot cooler than it really is. The action is weak. The dialogue is weak. The story is weak. And the characters are weak. The film is directed by Peter Berg and I am still a fan of his.  I have been ever since I saw his first feature film called VERY BAD THINGS. Since then, Berg has directed some other enjoyable films like: THE RUNDOWN, THE KINGDOM, and HANCOCK, but I think it’s time for him and Mark Wahlberg to part ways. Their collaborations are getting old and redundant. Wahlberg is continually playing what seems to be the same character, which is some sort of “tough guy” from Boston whose bad temper is the only thing that can save him and everyone around him.  It’s getting harder to find the line between when he’s acting or just being himself. This in turn makes Berg’s films drop in credibility because the entire film suffers from the audience not being able to immerse themselves in the story because they’re too focused on Wahlberg being “Wahlberg”. My advice…take a break from each other guys, I mean, even Johnny Depp and Tim Burton wait a few years between films these days. LMAO. So in conclusion, MILE 22 is not a film that needs to be seen on the big screen and it’s up for debate as to whether or not it should be seen at home either.  Until next time, thanks for reading.

P.S. – There is no post credit scene, but you can stay and help clean up if you want.