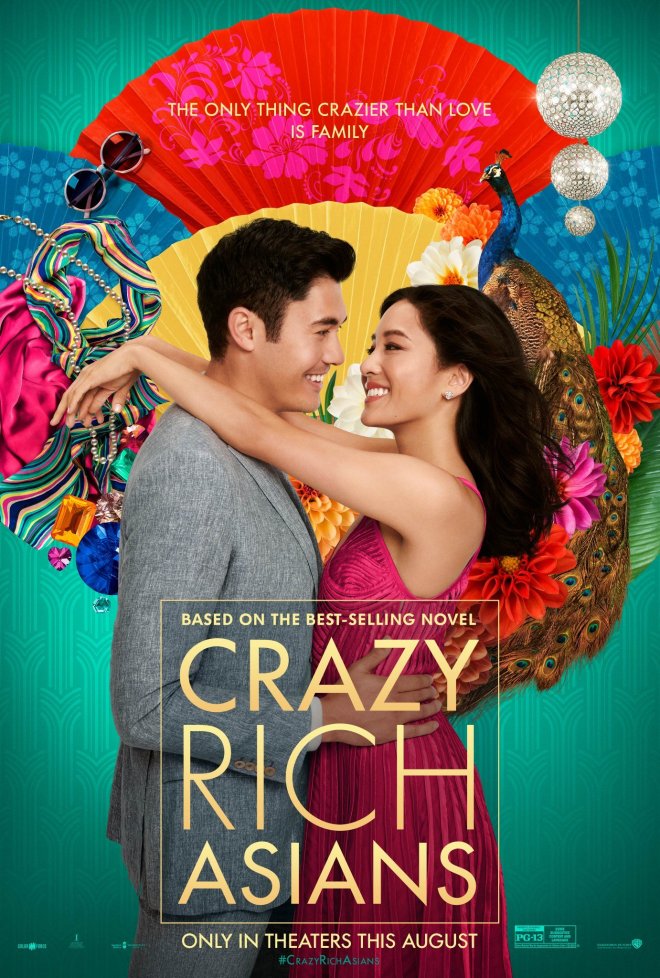 Based on the bestselling novel by the same name, we meet young professor Rachel Chu(Constance Wu), who has fallen for the gorgeously handsome Nick Young (Henry Golding).  When Nick must return to Singapore for his best friend’s wedding, he wants Rachel by his side.  Not prepared for what the real story is about Nick ~ that he’s super rich ~ Rachel must come to terms with this new development, and the fact that Nick’s Mother Eleanor (Michelle Yeoh), isn’t quite fond of her either…

So, what’s a girl to do when it seems she isn’t the “right girl” for the man she loves?  She comes out fighting to show everyone, including Nick’s mother, there is more to her than meets the eye!!!

I give CRAZY RICH ASIANS a rating of MUST SEE ON THE BIG SCREEN!  Of course, this film is a total ‘Chick Flick” in every way, from the storyline that perfectly plays out on screen, to the romantic encounters throughout every inch of this film.  But surprisingly, CRAZY RICH ASIANS ended up having a lot more depth than the trailers for the film have eluded to, which is always a positive for me.  And talk about absolutely perfect casting, Wu, Golding and Yeoh are exceptional in their respective roles, as is the rest of this superb casting throughout this film, including the incredibly gorgeous Gemma Chan, and the brilliantly funny Awkwafina, and Ken Jeong too.  And of course, as the title eludes to as well, there is quite a bit of crazy going on throughout this film too, but I’m happy to report it’s the enjoyable kind, that you can’t help but want to view all the way through.  Even my 18 and 27-year-old daughters thought this film was outstanding, when they joined me for the advanced screening.  There is truly not a flaw in any part of this film, thus leading me to suggest that you take some time for a midweek rendezvous at a theater near you, and catch CRAZY RICH ASIANS on the biggest screen you can find.  This is one romantic comedy, that you won’t mind unwinding to before the weekend arrives…