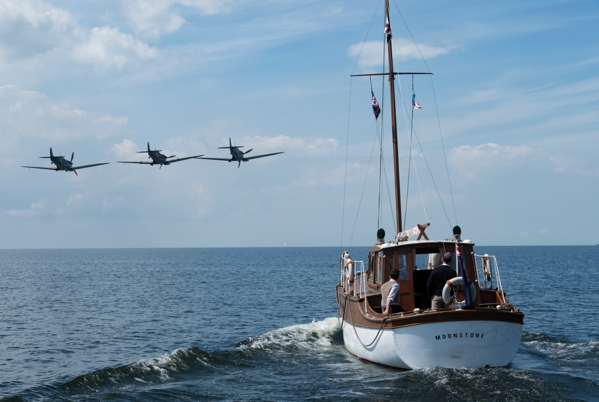 Director, writer, producer Christopher Nolan teamed with a stellar ensemble cast and a singular team of below-the-line artisans to immerse you in one of the most monumental events in history in this sweeping, emotional epic.   The film opens as hundreds of thousands of British and Allied troops are surrounded by enemy forces.   Trapped on the beach with their backs to the sea and home almost within sight, they face an impossible situation as the enemy closes in.  As the story unfolds on land, sea and air, RAF Spitfires engage the enemy in the skies above the Channel, trying to protect the defenseless troops below.  Meanwhile, hundreds of small boats manned by both civilians and military embark on a desperate rescue mission, risking their lives in a race against time to save even a fraction of their army.  When 400,000 men couldn’t get home, home came for them.

This film has been rated PG-13 for intense war experience and some language.  Running Time:  106 Minutes.