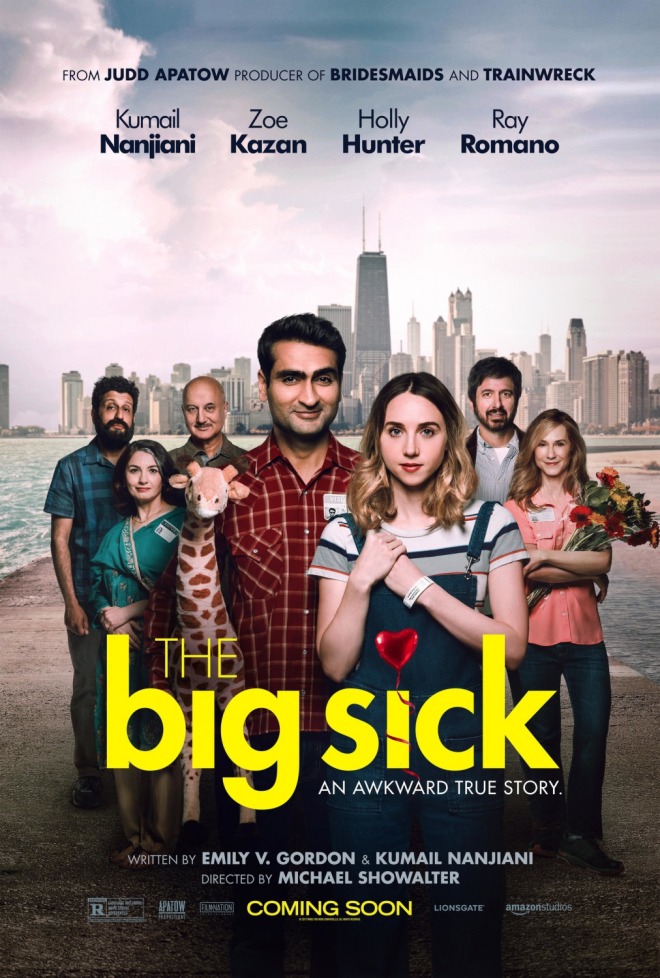 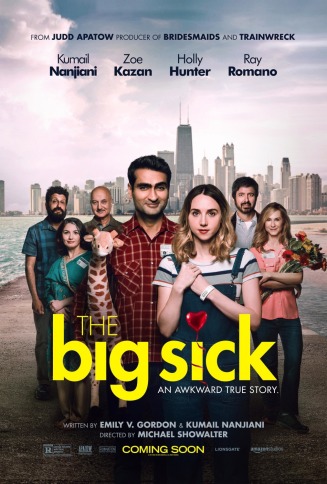 “THE BIG SICK is the romantic comedy we have all been longing to see, and experience ~ it’s sheer perfection!”  Kathy Kaiser, Matinee Chat

Producer Judd Apatow and Director Michael Showalter have brought to life the real-life story of Comedian/Actor Kumail Nanjiani and Writer and Producer Emily V. Gordon in a way that’s so real, and so fresh, that you just can’t help but LOVE THIS FILM…This is THE BIG SICK!!!

Living out his life’s passion as a Comedian and Uber Driver, we meet Pakistani born Kumail (Kumail Nanjiani), hitting the stage nightly, living out his dream to be the next big stand-up comedian. When a young and adorable blonde named Emily (Zoe Kazan) decides to flirt Kamail during one of his sets, sparks begin to fly…taking this flirtation into something more…or was that just a “one night stand?”

As Kamail tries desperately to live out the life his parents have requested, including marrying any of the young Pakistani girls they parade through their home night after night ~ even though it seems that Emily may just the be “THE ONE” in Kamail’s eyes, although they must face the fact that marriage between the two of them is forbidden…

To make things worse, it seems that real-life has come to kick them both square in the face, when Emily turns up gravely ill, with no real diagnosis in sight. Determined to stay by her side, even though Emily’s mother Beth (Holly Hunter) would prefer he didn’t, Kamail starts forming a rather bizarre relationship with Emily’s parents, including her father Terry (Ray Romano) too. Holding vigil, hoping for the best, but fearing the worst, Kamail wants nothing more than for Emily to be whole again, whether they end up together, or not…

I give THE BIG SICK a rating of MUST SEE ON THE BIG SCREEN! This film is absolutely stupendous IN EVERY WAY…from its incredible funny one minute; dramatic the next true-life storyline, to the absolutely fabulous performances by Nanjiani, Kazan, Hunter and Romano. THE BIG SICK will envelop your every emotion, and leave you longing for more. Finally, the romantic comedy we have all been desperately waiting for is finally here, as you will find yourself melding into each and every frame of this film. THE BIG SICK is definitely one my list as one of the BEST MOVIES OF THE YEAR, so gather your friends and/or grab your significant other, and head out to a theater near you to see THE BIG SICK!  It’s so good, you just have to see it!!!