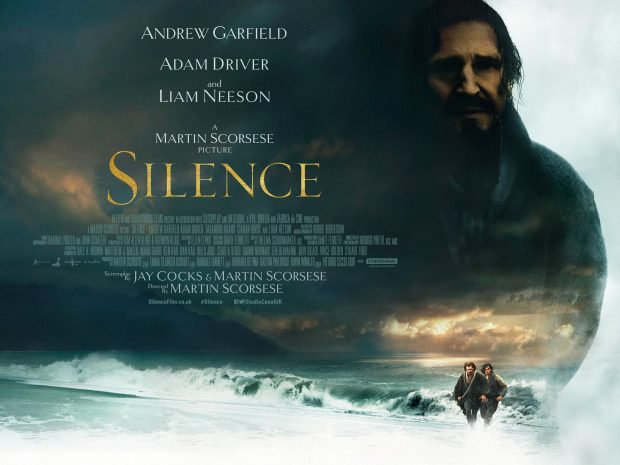 Based on the novel by Shûsaku Endô, Director Martin Scorsese puts his mark on the remake of the 1971 film by the same name, as we follow two young priests determined to spread the word of Christianity throughout 17th century Japan…this is SILENCE!

On a quest to find Father Cristóvão Ferreira, who has not returned from his missionary trip to Japan for quite some time, we meet young priests, Father Sebastião Rodrigues (Andrew Garfield) and Francisco Garrpe (Adam Driver), determined to not only find Ferreira, but also to spread the good word to anyone who believes in Christianity in Japan, although it is forbidden!

Living in their young delusional minds, envisioning a Japan that will accept this foreign religion amongst its people, Rodrigues and Garrpe soon find that they are causing heartache, punishment, and even death to those who choose to follow them, and their religious beliefs.

Still in search of Ferreira, but finding themselves now also being imprisoned and tortured for their beliefs, Rodrigues and Garrpe may have to come to terms with the fact that their quest was ill-fated from the start…

I give SILENCE a rating between MUST SEE ON THE BIG SCREEN and WAIT AND CATCH THIS FILM ON DVD: Leave it to Martin Scorsese to take on a story of this magnitude, and bring it to life, even if it was 25 years in the making! From the incredible cinematography, to the picture perfect performances by Garfield, Drive and Neeson, SILENCE is one of those films that will stay with you long after you have the opportunity to view it. So why the in between rating?? Even though I was moved by many parts of this film along its way, I was also taken back by the extent of graphic violence I was forced to endure. I also had issues with the epic length of this film, wishing that it would have moved along more efficiently in its storytelling and visuals throughout as well. Many of the scenes throughout this film are obnoxiously redundant in their length, and presentation. It was as if it was becoming too torturous for me to view all of the extensive torture playing out on screen.   But, if you enjoy Scorsese’s style of filmmaking, and its epic feel, and if you enjoyed 1988’s THE LAST TEMPTATION OF CHRIST back in the day too, you may thoroughly enjoy his interpretation of this 17th century epic as well. But if watching a torturous film, in both length and content doesn’t sound very appealing, then you may want to catch SILENCE on the small screen, so if you want to, you can keep a lot of the torment in this film at bay…by just walking away, and returning when the scene has changed…