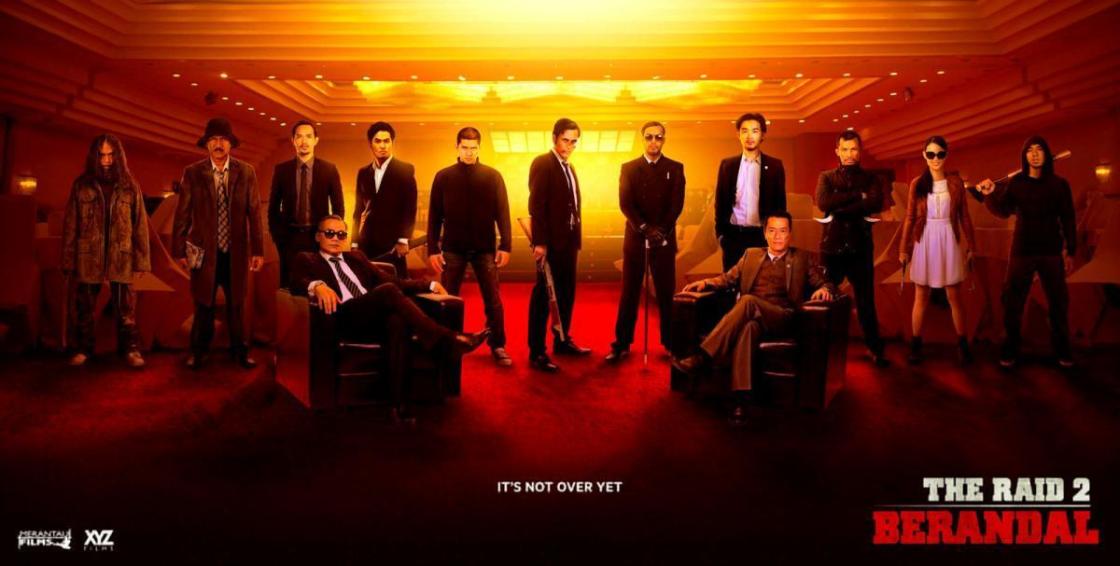 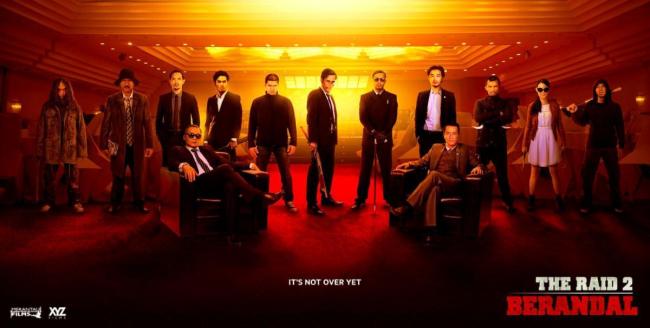 We join young cop RAMA (Iko Uwais), who has been drawn back into the underworld of corruption in Indonesia, his homeland.

When faced with death, or working undercover to befriend Ucok (Arifin Putra), the son of the biggest kingpin in all of Indonesia, he wisely chooses going undercover, in order to protect the lives of his wife and young son.  Months undercover behind bars, turns into years by the time Rama is finally released from prison.  Befriending Ucok and saving his life while they are in prison works in Rama’s favor, as he is picked up after his release and asked to become a part of Ucok’s and his father’s crew.

Ucok wants despirately to take over for his father now that he is back home, but to no avail, as his father thinks he isn’t ready to run the city just yet.  When Ubok decides to join forces with Bejo (Alex Abbhad), son of the other gang lord of the city, things begin to really heat up, as it seems as if the world is coming to an end……literally.

Will Rama finally take down Ucok and his father, or will his cover be blown?  Will the partnership forged between Ucok and Bejo play out as either of them intended, or will they both perish along with an incredible number of their men, trying to live as long as they can in a world filled with incredible violence and cruelty.

I give RAID 2 – Berandal an F:  Keep in mind that any REAL film critic has to step out of their comfort zone and view films that they don’t usually enjoy.  Having been told that RAID was a good film, although filled with a barrage of martial arts and violence, I tried to step out of my comfort zone to watch this film with an open mind.

Sadly, I made it through 2 hours of the 2 hours and 28 minutes of this film, but I had to excuse myself before the end.   I literally could not sit through one more graphically violent scene playing out with such a weak, sometimes non-existent story line.  This film seemed to play out like a bad pornographic movie.  Instead of sex for the sake of sex, RAID 2 had violence just for the sake of violence……not my cup of tea.

If you enjoy foreign films with subtitles, as this film is entirely in Indonesian, or if you enjoy martial arts or incessant violence, you may beg to differ with my review, but unless you enjoy these things, I can’t think of one reason to send you to view RAID 2…….enough said.