will premiere at home on demand May 29th

Starting on May 29th, The High Note will be available on demand 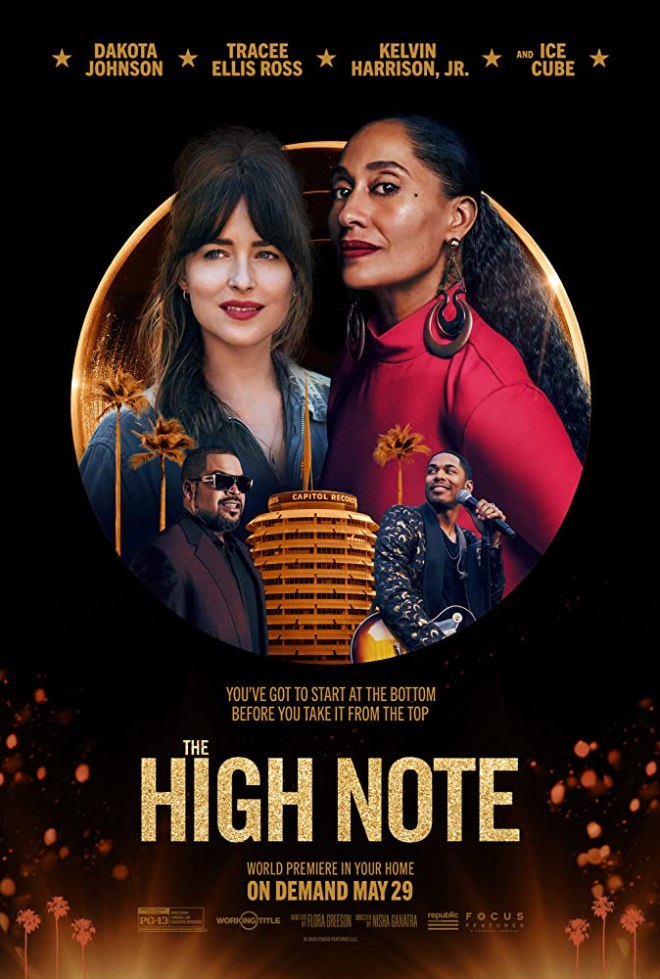 THE HIGH NOTE – At Home On Demand May 29th

For more information go to WatchTheHighNote.com

Set in the dazzling world of the LA music scene comes the story of Grace Davis (Tracee Ellis Ross), a superstar whose talent, and ego, have reached unbelievable heights, and Maggie (Dakota Johnson), her overworked personal assistant.  While stuck running errands, Maggie still aspires to her childhood dream of becoming a music producer. When Grace’s manager (Ice Cube) presents her with a choice that could alter the course of her career, Maggie and Grace come up with a plan that could change their lives forever.

The film is directed by Nisha Ganatra (“Late Night”) from a script by Flora Greeson. It is produced by Working Title Films’ Tim Bevan and Eric Fellner.  The film’s executive producers are Nathan Kelly and Alexandra Loewy.